My life outside the office. 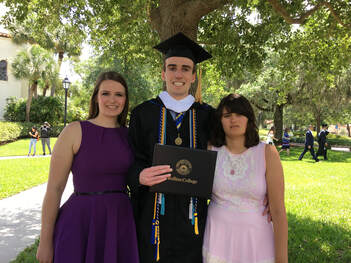 One of my life passions is autism awareness and acceptance because my brother Charles and sister Elizabeth both have autism. One of my most prominent life goals is to help them in any way that I can, ideally by utilizing technology. In my career, I hope to have the opportunity to design assistive technologies for them and other people with different abilities. I would also love to create applications to conduct research using big data about certain trends in children with autism so that we can continue to learn about and accommodate neurodiverse people.

To read more about my sister, brother and me, I would recommend reading my sister and mother's book, I Am In Here: The Journey of a Child with Autism Who Cannot Speak but Finds Her Voice. 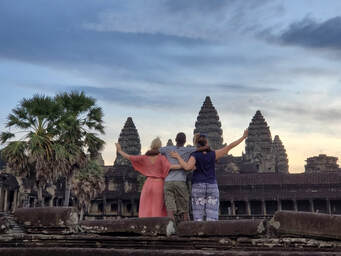 I recently took a career break to travel in Southeast Asia for two months (don't worry, I bought carbon offsets for my flights). After volunteering at elephant sanctuaries and interviewing sex worker communities in Thailand, learning about and donating to organizations that are clearing bombs leftover from the war in Laos, visiting both Angkor Wat and the killing fields in Cambodia, witnessing bomb shelters, massacre sites, and war remembrance museums in Vietnam, and cleaning up plastic pollution from beaches, I have learned invaluable lessons about how politics has impacted this area of the world. Now that I have returned, I am feeling refreshed, more motivated than ever, and ready to save the world in many significant ways, with both technology and activism. 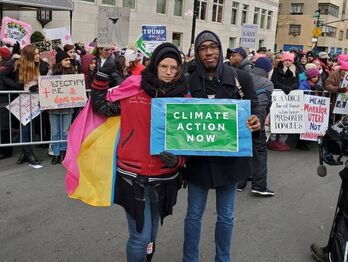 My dream career involves using technology to help humanity and Planet Earth. In my free time, I regularly advocate for ways to make the world better, by organizing and attending rallies and marches, hosting and participating in meetings to build community, and making music and art to inspire others to be politically active in creative ways. We have an extremely limited time to save our planet from the climate and ecological emergency that we are in, including all the intersecting issues that this crisis creates and is rooted in, and ultimately create the world we need. This is our world, so let's make one that works for all of us. 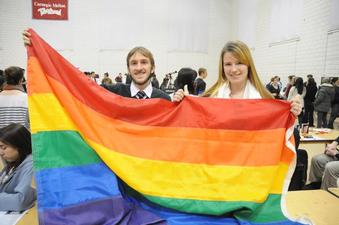 Another cause I am passionate about is gender and sexuality diversity inclusion. I served as President of Carnegie Mellon's gender and sexuality alliance (GSA) called ALLIES for two years. My responsibilities as President were to encourage member involvement, delegate tasks to other leaders in the organization, establish and maintain a presence on campus, and help promote the organization and its events on campus and on our Facebook and Twitter pages.
Prior to my position as President, I served as Activism Chair of ALLIES, where my duties were to plan events in order to raise awareness of the many causes within gender and sexuality diversity by being visible on campus and starting meaningful conversations with members of the Carnegie Mellon community. 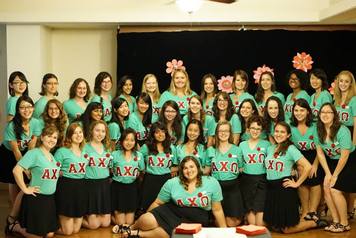 I am a proud alumnae of Alpha Chi Omega at CMU. Since I joined the Greek community my freshman year, I have held many leadership positions within my sorority and within the Greek community at large. During my sophomore year, I served as a Recruitment Counselor while the Panhellenic sororities held formal membership recruitment. My duties were to communicate and promote the benefits Carnegie Mellon's Greek community and to help potential new members find which sorority is best for them in an unbiased way. In Alpha Chi Omega, I held a position called Promote Alpha Chi Everyday Chair, in which my responsibilities were to develop our chapter's brand on campus and online. I also held the Corresponding Secretary position, where I delivered notes and gifts to other Greek organizations to foster healthy relationships.

I played the baritone horn in the Kiltie Band at Carnegie Mellon. The Kiltie Band is CMU's marching, concert and pep band. During football season, we continue a long tradition at CMU playing our pre-game and half-time shows and stand tunes to rally school spirit. During pep band season, we play in the stands at basketball games and cheer on the basketball teams. We also play three concerts per year: a holiday concert during the fall semester, a mid-winter concert early in the spring semester, and a Carnival concert during Spring Carnival, when alumni return to the school for reunions and celebration.